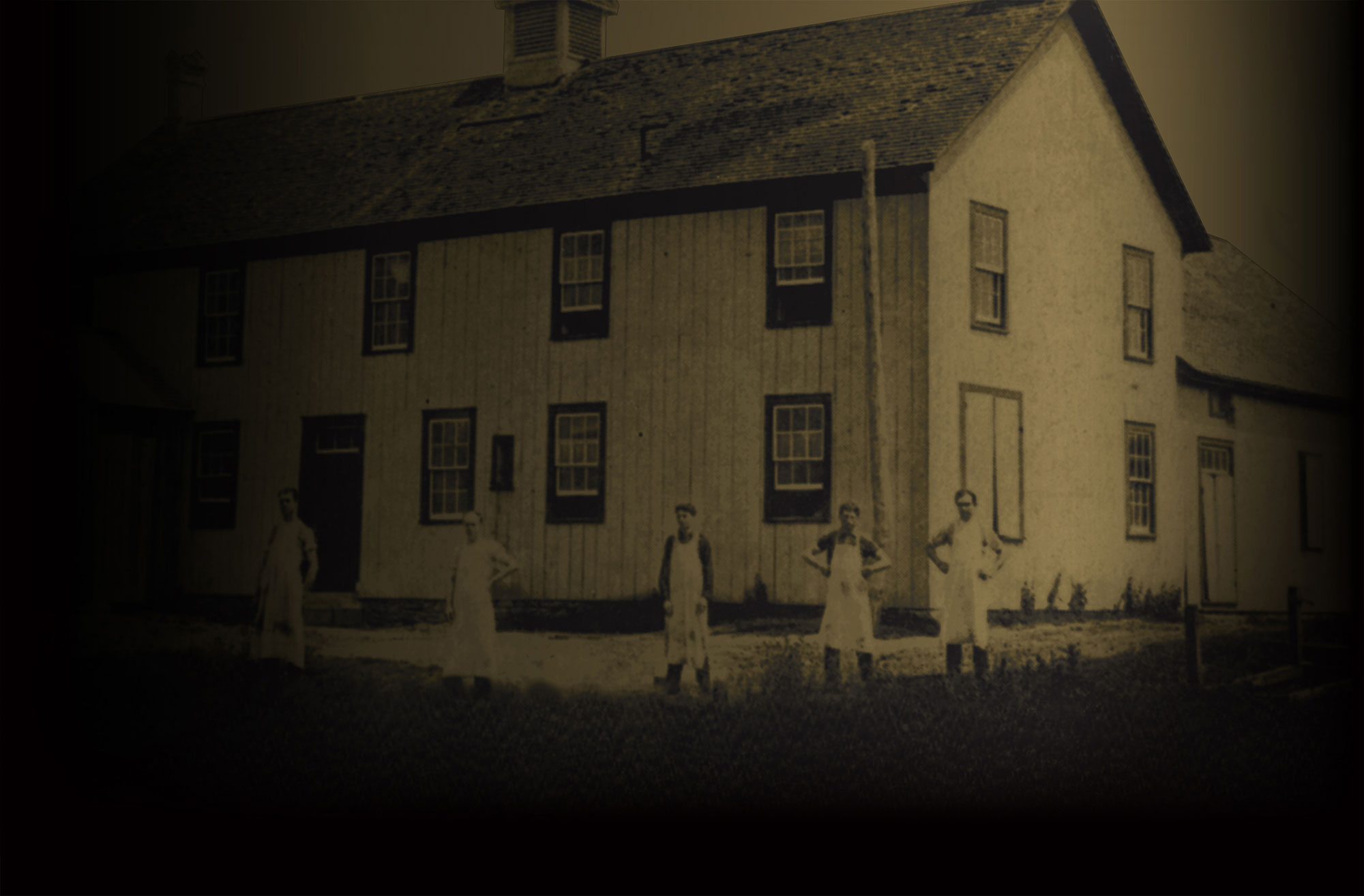 A Factory At The Crossroads

In 1881, the local dairy farmers of Lanark County, near Perth, had a
good idea. They decided to form a dairy collective, pool their excess
milk production and build a factory to produce a local Cheddar cheese.

They built a small, wood-frame building at a crossroads known locally as
Balderson Corners. The dusty junction was named after John Balderson,
a retired sergeant from the British army who was among the first
homesteaders in the area in the 1860s.

So began the Balderson Corners Cheese Factory – and the story of
Balderson Premium Aged Cheddars.

As the years passed, the settlement grew and the Factory became a focal
point for the community. A little settlement grew up around the cheese-making
operation. Farmers and factory workers began to build their homes at Balderson
Corners. A general store opened, along with a hotel, a United Church, and a toll
booth and a home for the master cheese maker.

Competition between cheese factories in those early days was strong. There were
over a dozen in the immediate area, with colourful names like Land O Lakes,
Flower Station and Scotch Line.

But the cheese makers of Balderson were creating a Cheddar that was different
from the rest. Right from the beginning, they established a tradition that emphasized
careful aging, smooth flavour and texture, and pleasing sharpness.

From Crossroads To Across The Country

As a new century began, the settlement grew. A gas station was built in the early 1900s
to service the newfangled automobile. And a small retail store opened at the front of the factory.

In 1928, misfortune struck: a fire destroyed the original factory. But a new building was
constructed without missing a cheese making season. soon replaced it. Several expansions
during the following decades added extra space for production and storage, and
– in 1970 – a new cheese store.

By the end of century, the Balderson cheese and the Balderson reputation had spread from the
crossroads to the major capitals of North American and the United Kingdom. Canada.

It’s been over a century and a quarter since those early days at Balderson Corners.
And not surprisingly, a few things have changed.

The cheese shop at the crossroads has passed to other hands. And the factory has moved to a
state of the art facility a little ways down the road.

But the most important thing hasn’t changed. We still make cheese with the same dedication, pride
and craftsmanship that drew people together at Balderson Corners. And we’re driven by the
same vision: to make the world’s very best fine aged Cheddar.